Zettelkasten is a non-linear note-filing system originated by Niklas Luhmann, which he referred to as his “second brain.” or so-called a communication partner.

The term “Zettelkasten” is German for “slip box,” referring to the collection of hand-written notes stored in a box and interconnected through references, similar to the hyperlinking of the World Wide Web1 but happened on paper instead of the Internet back to the 1950s.

While similar in form to a personal wiki, the two systems differ in their creation and capabilities. A Zettelkasten can be implemented using a wiki, but not all wikis are Zettelkasten, most of them are not.

Niklas Luhmann was a professor of Sociology at Bielefeld University for 25 years (1968-1993) and published over 500 articles and books on a wide range of topics. He attributed his unprecedented productivity to his Zettelkasten system, saying in an interview:

I don’t think everything on my own, mostly happens in the slip box.

My productivity can essentially be explained from the slip box system.

The slip box costs me more time than writing a book.

Luhmann kept notes on small slips of paper stored in a wooden box, resulting in two collections of 90,000 hand-written cards in A6 format, numbered consecutively. 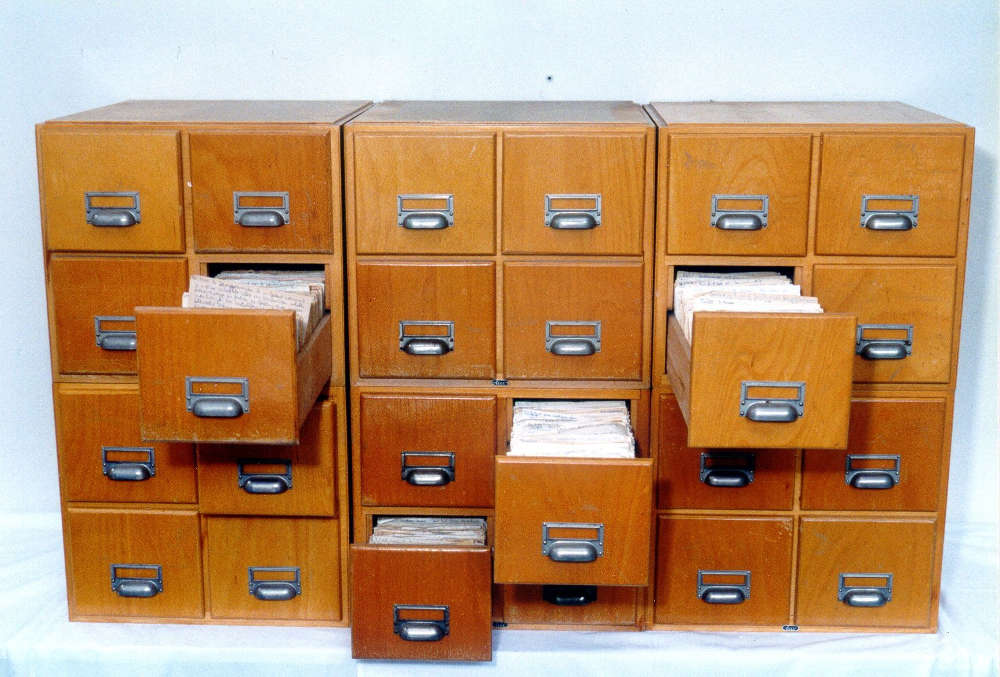 Photo of “Zettelkasten” from “Niklas Luhmann-Archiv” is licensed under CC-BY-NC-SA 4.0.

The notes consisted of his thoughts, arguments, and concepts, and were not just excerpts, below are some facts about them2 3 4.

Here’s my digital approach to Luhmann’s paper-based filing system in a modern(hopefully better) way, it tries to keep the benefits of the original approach like productivity gain and a solid accumulation of knowledge, the changes happen in the following three levels.

It is recommended to get to know Luhmann’s slip box before reading the content below.

Plain text files could be read and write by a wild range of applications after decades, while specifications of many other formats may changed a lot that your precious files created by an older version of the application are unable to be opened by the new version, or even worse, the application or format just cease to exist.

Unlike other digital approaches 6 7 that use a timestamp to name the slip, I choose to keep Luhmann’s way of numbering for two reasons:

There are two tiny changes to Luhmann’s approach:

The following markup works with DEVONthink5, for those who don’t use it, just make sure the application (e.g. a markdown editor) of your choice is capable to jump between files and use the supported markup to create a reference.

References should be written in explicit form:

Implicit form like below doesn’t provide a visual aid for the ID of slips:

This link doesn't tell the ID of [the slip](1.0) to be referenced

A slip is a simple Markdown file, here is an example of 1.0.md:

Beside the ordinary slips, there are three special kinds of slips in Luhmann’s collection.

Contents could be automatically generated by scanning the entire slip box folder, but Index is mean to be created manually.

Bibliographic information is rather tedious for a human to write multiple times on paper, but it’s not a problem in the digital world with the help of applications like Zotero.

By embedding it in every single slip, the slip becomes more self-contained.